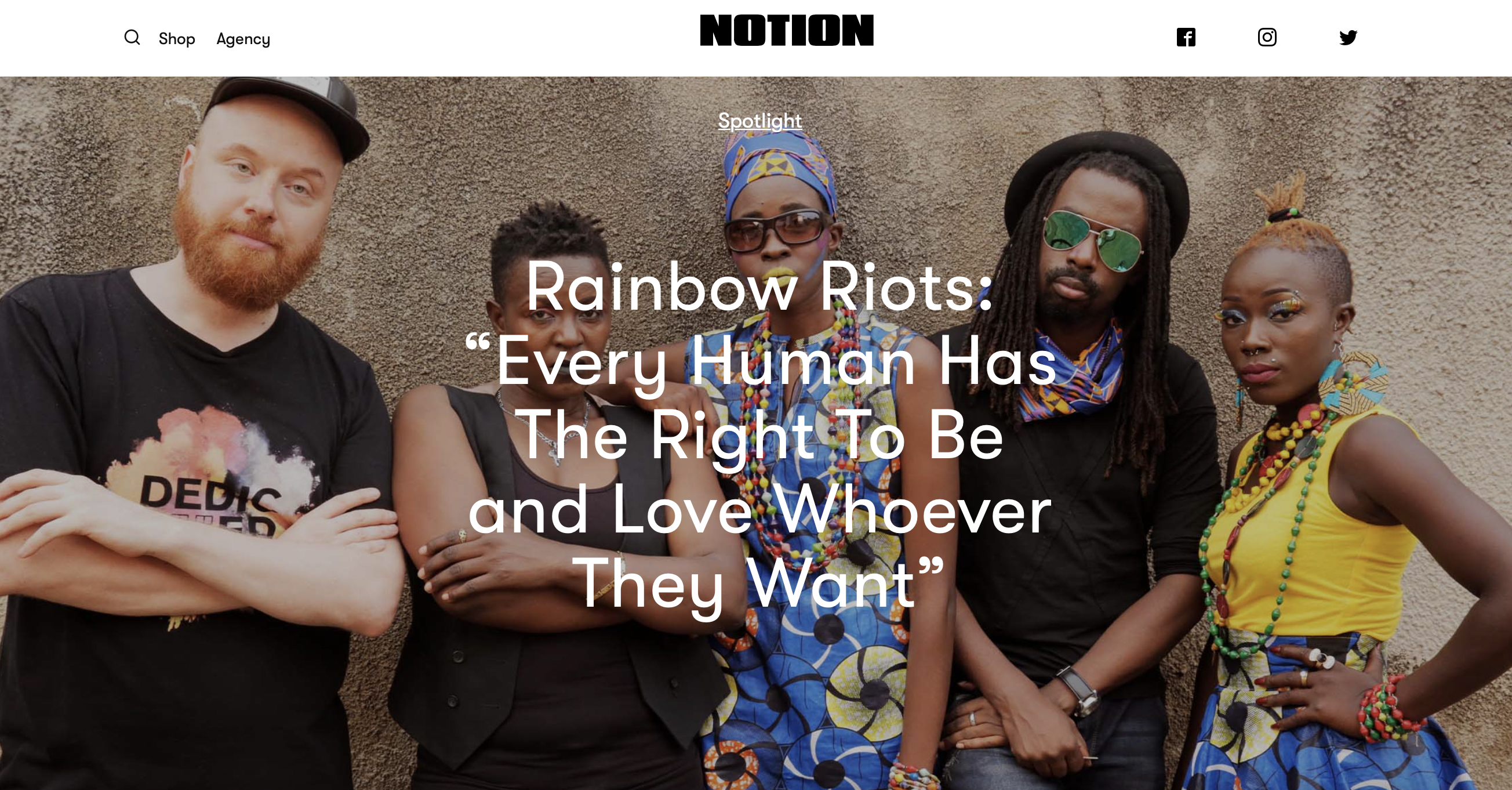 Posted at 12:58h in News by Rainbow Riots
Share

“Rainbow Riots is an award-winning non-profit organisation that uses creative collaborations with queer artists to create change, often in countries where it is illegal or controversial to be LGBTQ. Founded by Petter Wallenberg, the Swedish musician and activist recognised an international capacity for individuals to be unified through a musical community. Tirelessly working to use the power of music to mobilise positive action, Rainbow Riots opened East Africa’s first LGBTQ community centre in 2019: a milestone for international LGBTQ rights.”

Thank you Notion (UK) for this big feature!