Rainbow Riots is a politically and religiously independent, non-profit organisation advocating for human rights for LGBTQ people globally, using arts and culture as our tools.

Rainbow Riots is a non-profit organisation that uses arts and culture to advocate for human rights for lesbian, gay, bi, trans and queer people around the world. Our creative projects often take place in countries where it is illegal or dangerous to be LGBTQ. Rainbow Riots was founded in 2012 by Petter Wallenberg, a Swedish artist, musician, author and human rights activist, who envisioned collaborating with other members of the LGBTQ community all over the world to advocate for equality. The organisation Rainbow Riots is registered both in Sweden and Uganda.

There are more than a hundred million people living in countries where being LGBTQ is punishable, sometimes by death. The core mission of Rainbow Riots is to change this, by fighting hatred with creativity.

Over the years Rainbow Riots has grown into a multinational organisation and creative collective behind a string of high profile international projects, several of which have become milestones in the fight for equality:

In 2022 we released the the first ever song with a World Pride theme to protest against hatred towards LGBT people. The single “We Don’t Care” is composed and produced by Rainbow Riots’ founder, Swedish gay artist Petter Wallenberg, and features queer voices from four continents, including countries where same sex relations are illegal, all on the same song. All proceeds go to the victims of the Oslo Pride terrorist attack.

In 2019 we opened Uganda’s first LGBTQ community centre. In Uganda it is illegal to LGBTQ so the centre was a safe space where the Ugandan LGBT community could find solace from discrimination and engage in creative and community building activities.

Also in 2019 we created the music album ’Rainbow Riots India’ in collaboration with India’s first openly LGBTQ singers and dancers. Our music premiered at India’s first legal Pride festival and was declared ”India’s first Pride anthem” by Indian media. We created a campaign for LGBTQ+ rights launched to millions across India, as part of the Indian LGBTQ+-movement that achieved the historic victory of legalizing same sex relations in India – possibly the biggest victories for human rights in our time.

In 2018 we launched ’Rainbow Riots Radio’, a web radio series of queer stories from around the world that mixes investigative journalism, spoken word poetry and music especially composed by queer artists.

In 2017 we created the music album ’Rainbow Riots’, which featured queer voices from the world’s most dangerous countries for LGBTQ people, featuring campaigns, videos and documentaries. The album was championed by the BBC, who called it ”the ultimate protest”, and by Dazed Digital, who called it ”the zenith of international queer activism.”
The same year we created the song ’Equal Rights’, an official campaign for the United Nations’ Global Goals.

Since 2012 we have run Rainbow Riots Forum on Facebook, a space where people from all over the world can share and discuss LGBTQ-related issues and topics.

Rainbow Riots envisions a world where every human lives free from prejudice and where lesbian, gay, bisexual, transgender and queer people are free to be who they are without persecution and discrimination. We are dedicated to bring about an end to discrimination against LGBTQ people globally, and realise a world of fundamental freedom and equality for all.

Our mission is to increase the visibility of LGBTQ people around the world by providing a platform for creative voice, especially in places where their human rights are compromised. By deploying a combination of human rights activism, arts and culture, our mission is to empower, celebrate and build momentum for change for an often marginalised and persecuted group.

Our work takes a personal, hands-on approach which involves capacity-building on an individual level to strengthen the community as a whole. Through fostering change at the grass-roots level, Rainbow Riots aims to build a platform for marginalised LGBTQ communities globally. We empower each individual member of these communities to defeat isolation, build a supportive network and discover their self-expression.

Our mission is to give voice and visibility to LGBTQ people by using our artistic skills and vast experience of the creative field. With creativity at the core of our vision and working methods, we enable a higher level of diversity and inclusivity within the community whilst also reaching a wider audience outside the community. Music, arts and culture are universal languages, and by sharing experience across the network we will both raise awareness in countries where LGBTQ issues are controversial or illegal and identify opportunities to confront prejudice. By doing so, we aim to influence opinion and act as a catalyst for lasting changes in attitudes and legislation. We believe that arts and culture can change the world because of their combined power to change people’s attitudes. 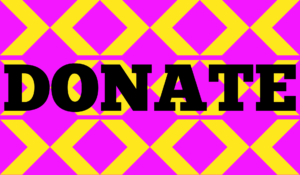 Find out how you can donate to help our cause, click here.