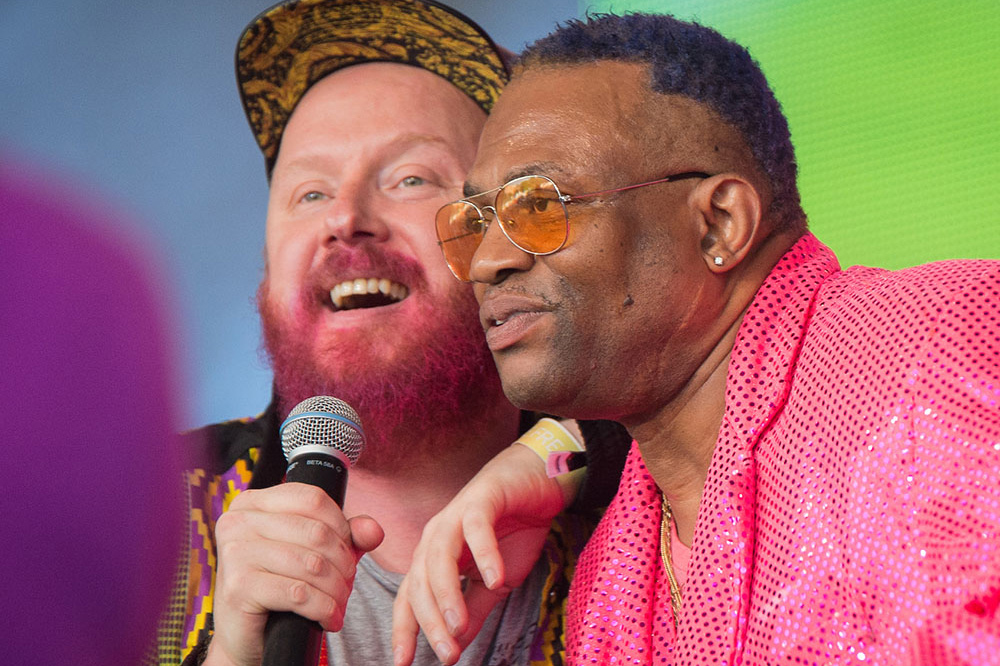 Posted at 15:54h in News by Rainbow Riots
Share

The second episode of our podcast is out today: Rainbow Riots Radio – Episode 2: The Jamaican reggae artist who risks his life for gay rights

Rainbow Riots’ founder Petter Wallenberg meets Mista Majah P, a Jamaican rapper and reggae artist who has a bounty on his head because he takes a stand against the violent homophobia in his country. To end the feature, Wallenberg and Majah P showcase their musical collaboration “Equal Rights” which is featured in a campaign for the UN‘s Global Goals.

Rainbow Riots Radio features queer stories from around the world and a new episode comes out every 2 weeks.