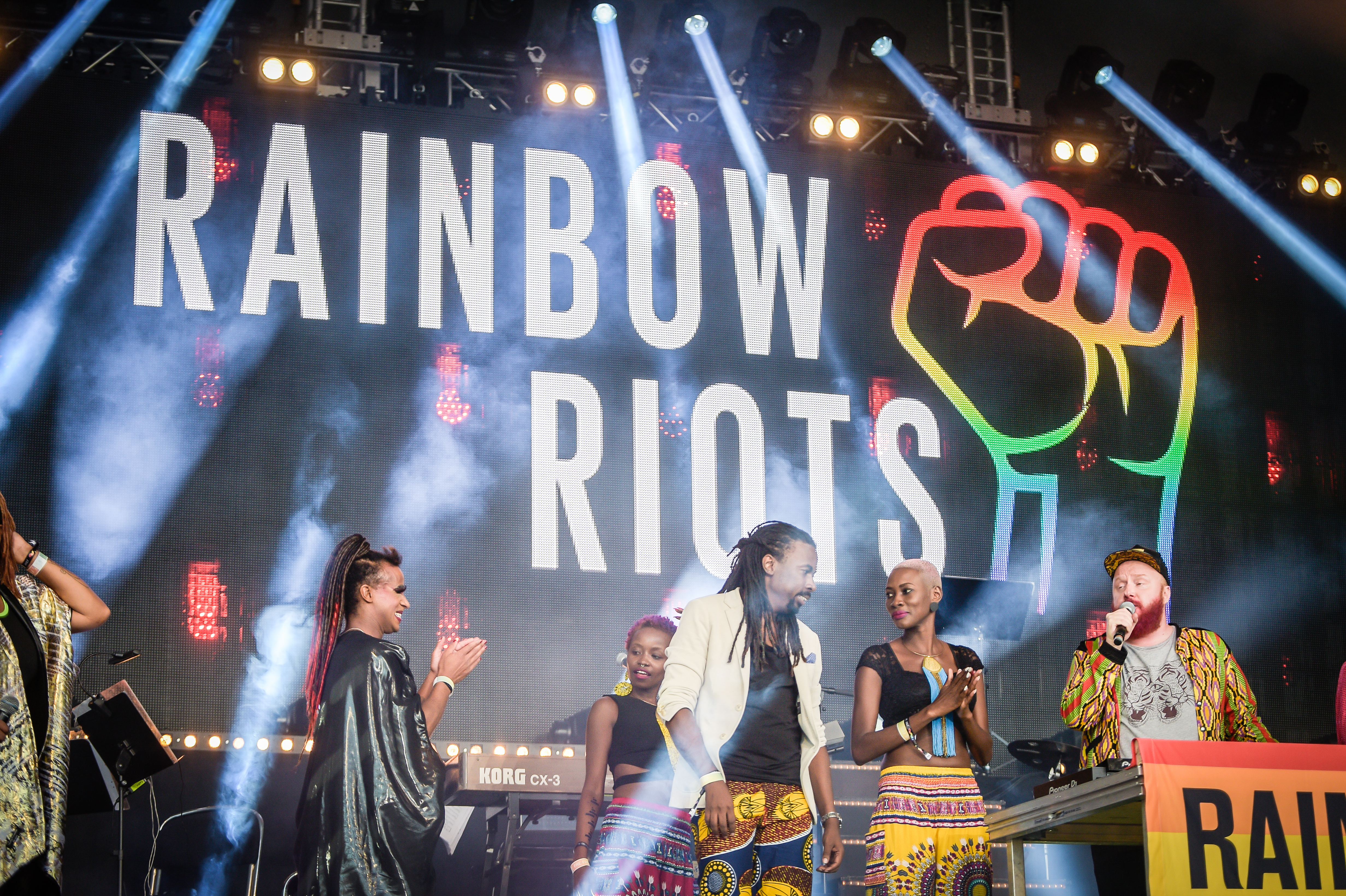 Posted at 15:50h in News by Rainbow Riots
Share
Out now! Here is the new short documentary about Rainbow Riots’ journey from the world’s most anti-gay countries to the Pride stage!
In 2017 our founder, Swedish artist and musician Petter Wallenberg, created the music album Rainbow Riots featuring queer voices from the world’s most anti-gay countries. In this short film we follow the Ugandan singers of Rainbow Riots who, against all odds, became the first ever to perform at an international Pride event.
Film directed by Petter Wallenberg. Cinematography Tania Marti and Miguel Angel Regalado. Editing and post production by Miguel Angel Regalado.