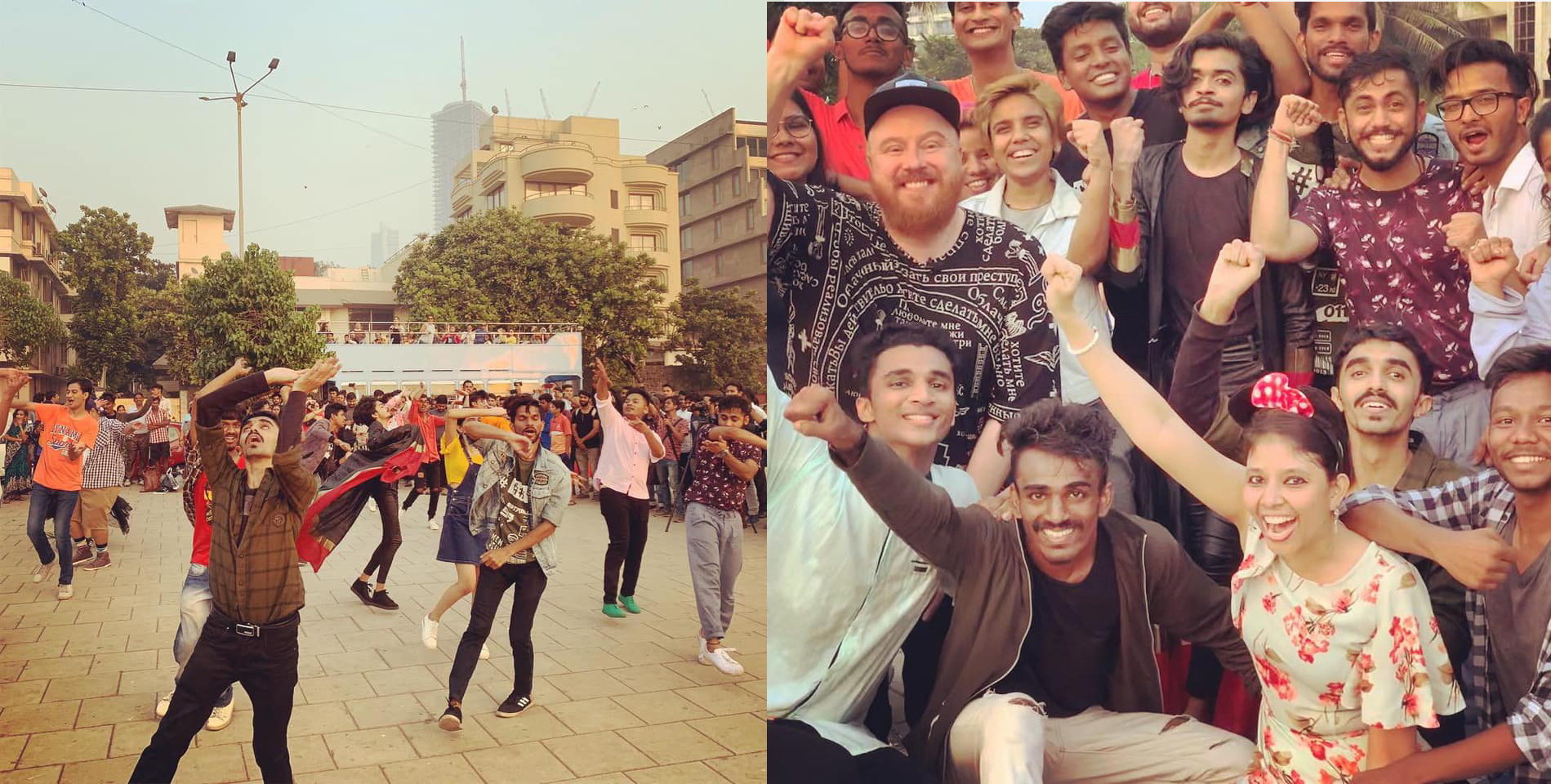 Posted at 06:34h in News by Rainbow Riots
Share

We did it! After three months of rehearsals, this group of young Indian LGBT people did a dance flashmob on the streets of Bombay. The music was a new track that our founder Petter Wallenberg has made with Indian lesbian singer Pragya Pallavi called ”Love at first right” which is coming out soon.

At the first location the flashmob was stopped by the police, but we moved to another one – and succeeded! The energy was amazing! After 157 years of criminalization, same sex is now legal in India. It’s epic to be a part of this revolution!