Interview with our Ugandan member in Scandinavia’s biggest LGBT mag! 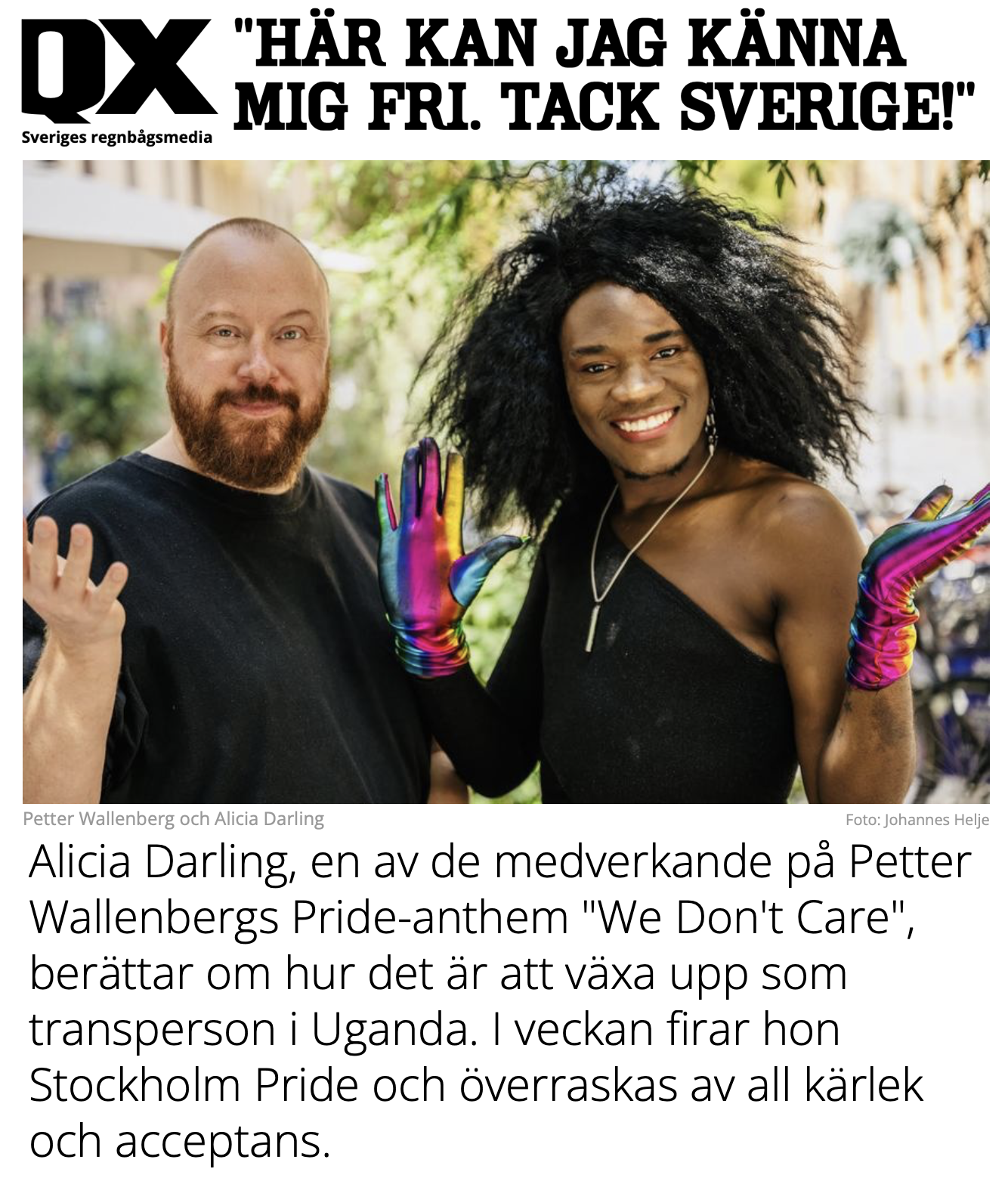 Posted at 19:40h in News by Rainbow Riots
Share

“Just the other day, the music video for We Don’t Care was released, the Swedish-produced song in which Petter Wallenberg and Rainbow Riots have invited close to 50 queer voices from all corners of the world to sing for acceptance. One of the participants is Alicia Darling, who has endured a lot hate and discrimination as a transgender person in Uganda. Now she has fled the country and lives as an LGBTQ refugee in Europe.
This week, Alicia reunited with Petter at Stockholm Pride for the first time since they recorded the song. QX had a few questions with her, including what it’s like to grow up in a country that is considered one of the world’s most dangerous for LGBTQ people.“