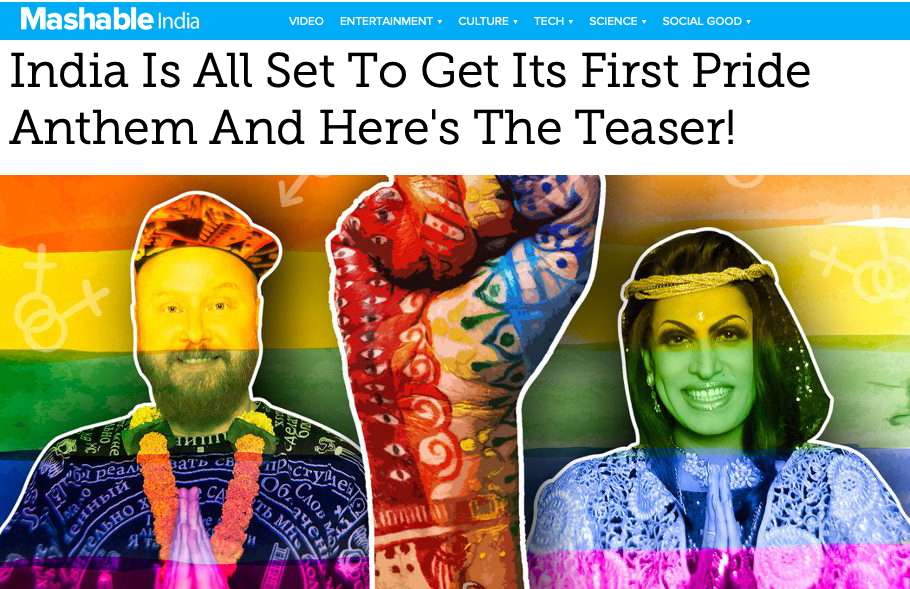 Posted at 17:26h in News by Rainbow Riots
Share

“You can’t hide freedom from people anymore. Sooner or later they will stand up for their rights.”

We are overjoyed that our new music and film project is getting so much media support in India! Thank you Mashable India for this big feature on Rainbow Riots’s founder Petter Wallenberg and India’s first gay celebrity drag queen Sushant Divgikar.

In this interview they talk about their musical collaboration on the new single “Love is Love” – already hailed as “India’s first pride anthem”. Click here to find out the story behind it: