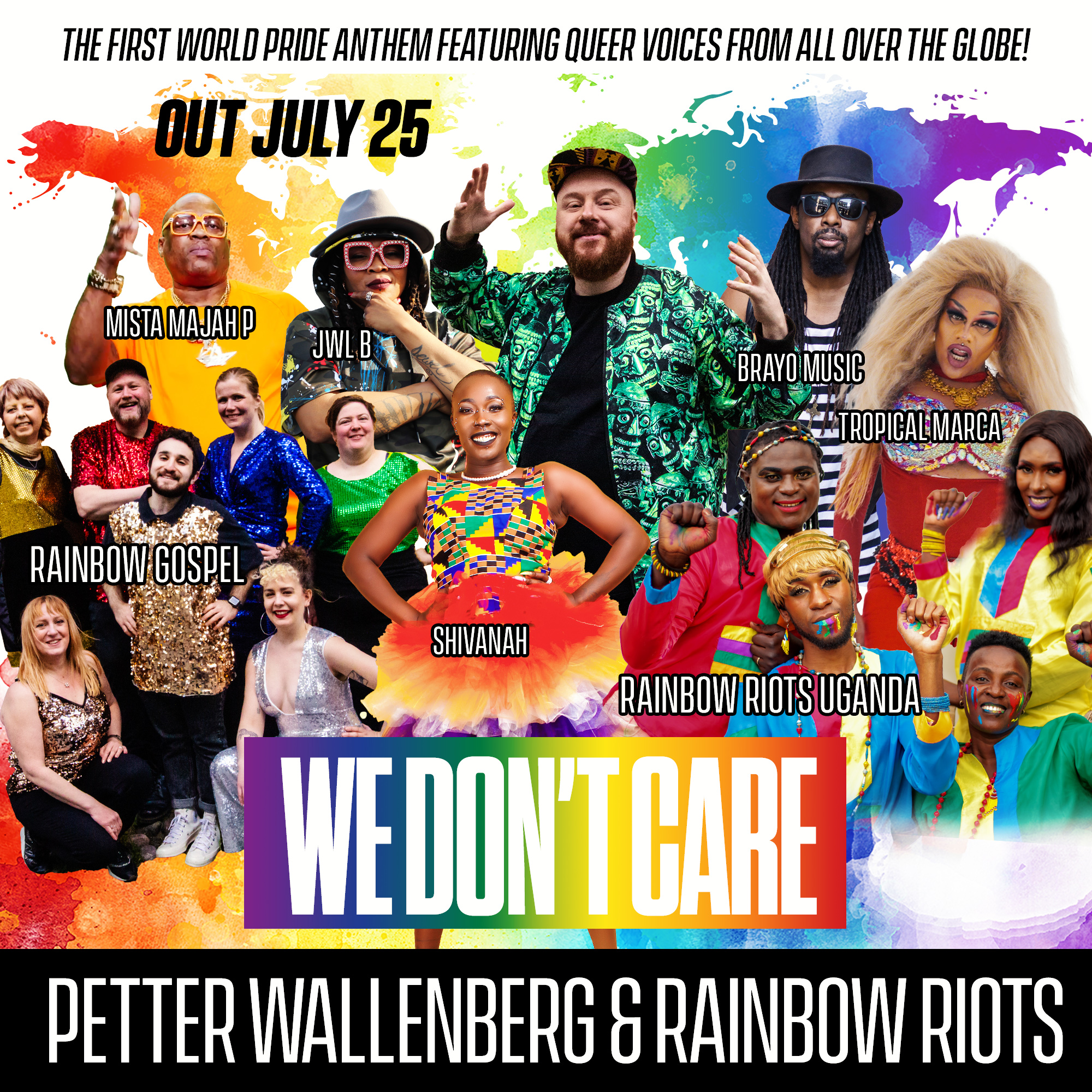 Posted at 12:46h in News by Rainbow Riots
Share

Rainbow Riots have unveiled the first ever song with a World Pride theme, the new single ‘We Don’t Care’. The song is a global protest against hatred towards LGBT people, an issue more pressing than ever following the terrorist attack on Oslo Pride. It is composed and produced by Swedish gay artist Petter Wallenberg, and LGBT activist in collaboration with queer singers from around the world, including countries where same sex relations are illegal.

“It’s time that everyone in the whole world joined forces to put an end to the violent hatred that LGBT people face, whether in Norway or Nigeria, Uganda or USA, Iran or Ireland, ” says Petter Wallenberg. “The new song ‘We Don’t Care’ is our way, as queer artists, to fight hatred with creativity. I made it with queer voices from four continents, including countries where it is illegal to be LGBT. We want to show the world that every human has the right to be and love whoever they want.”

‘We Don’t Care’ is a mix of different languages ​​and music styles, from rap, gospel and dancehall to African and Indian dance music. It is a genre and border crossing melting pot between professional artists and marginalized voices from global rainbow communities. Here you can hear Sweden’s first LGBT gospel choir Rainbow Gospel, rapper Jwl B from the American queer rap group Yo Majesty and Mista Majah P, a Jamaican reggae singer who risks his life fighting homophobia in Jamaica. Also featured are Shivanah, an LGBT singer in Kenya, Ugandan artist Brayo Bryans and queer Ugandan artist collective Rainbow Riots Uganda.

The song’s music video was filmed in Sweden, Uganda, USA, Jamaica and even as a Bollywood production in a temple in India. The result is both a new World Pride anthem and a global campaign to unite, across national and cultural boundaries against hatred, violence and discrimination, for every human’s right to freedom and love.

All proceeds from the music sales of ‘We Don’t Care’ will be donated to the victims of the Oslo Pride terrorist attack.