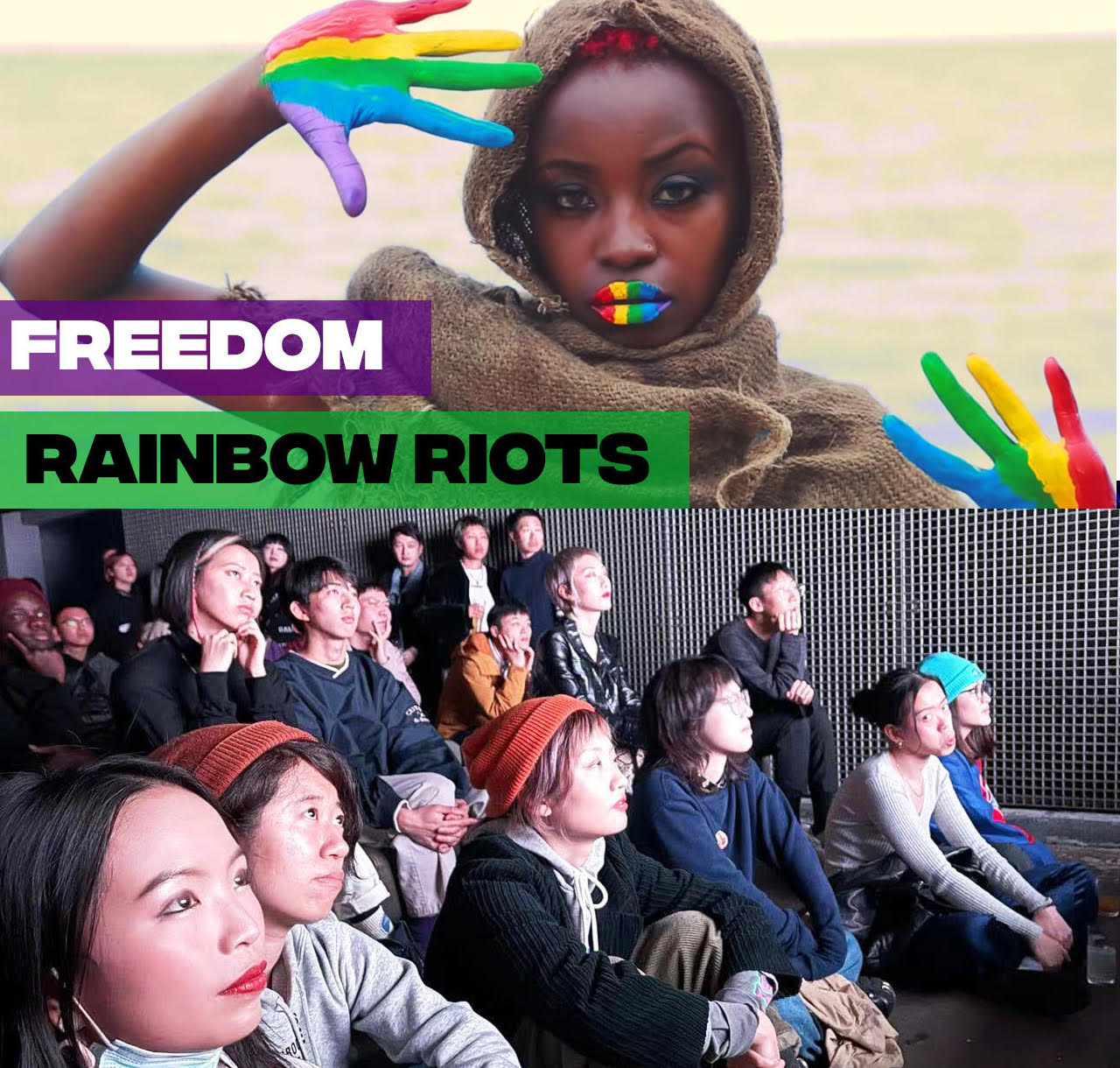 Posted at 14:03h in News by Rainbow Riots
Share

Our short film/music video ”Freedom” directed by Rainbow Riots’ founder, Swedish artist Petter Wallenberg and filmed with our team in Uganda, Africa, was just shown for the first time in China!

CINEMQ is a non-profit underground queer cinema collective in Shanghai, China, and they recently screened “Freedom” in Shanghai! The audience response was great and shows that our messsage is spreading around the world!