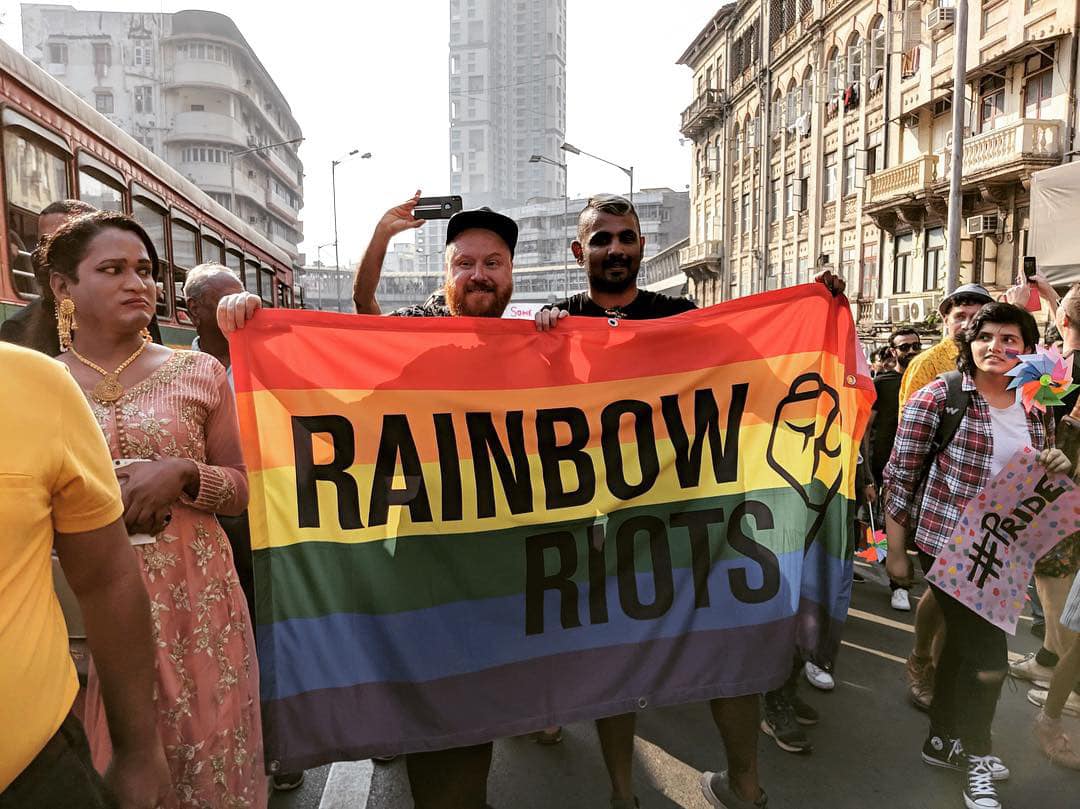 Posted at 16:17h in News by Rainbow Riots
Share

Last Saturday, India’s first legal Pride parade was held in Bombay. What a landmark! India has the world’s 2nd biggest population. Imagine how much that means to millions of people. Rainbow Riots’ founder Petter Wallenberg was invited to speak at the event, in front of thousands. This was the first Pride where indian LGBT people were free citizens and not criminals. There were at least 22 000 people out in the streets. This is a new dawn of equality for everyone in India!